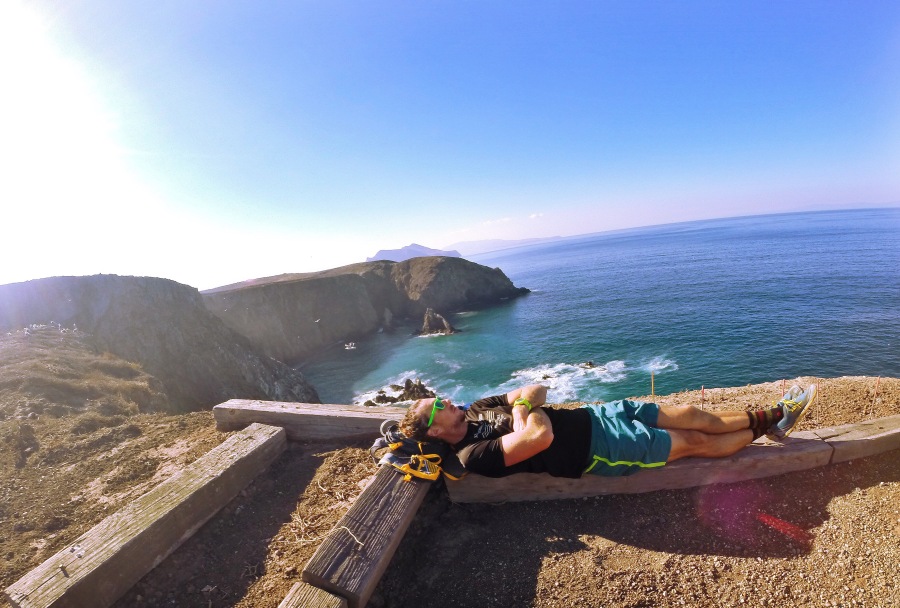 Most Monday mornings when I’m attempting to drag my ass out of bed at five to go to work, it’s quotes like the one above that seem to be playing on a loop inside my skull (interspersed with the obligatory Monday morning suicide plotting). I can’t help but wonder what I am doing.

It’s my life. I only get to live it once. So why do I spend so much time doing things that I hate? Is the allure of security really that strong? Do I really need to fit into this perfect little cardboard box of societal norms?

Last week I was at a bar when someone asked me what I “did”. As in, what was my job, how did I make the money I just used to pay for the IPA I was drinking. Always an irksome question, it has been extremely difficult for me to answer lately. Not because I’m ashamed of what I do– but because there are other things I do (without collecting a paycheck) that are far more representative of who I am.

More than anything, I wanted to be able to say something like, “Oh, I’m a dirt-bag trail runner. I work on odd job here and there so I can pay the camping fees at trailheads and purchase an occasional pair of running shoes.” Alas, I don’t have the balls to spend the majority of my time doing what it is I actually love to do… So I just mumbled something into my beer about my day job and tried to change the subject as fast I could.

But the encounter got me thinking… Never before in my life have I been so close to a state of financial security (whatever the hell that means), and never before have I been so unhappy with my professional life.  So what am I doing? It’s my life. I only get one. Why have I resigned to spend it being a total bitch? Living a lie, biding my time until I die, trading excitement and passion for security and longevity?

All of us, in one way or another, are on our own pursuits of happiness. We’re trying to get it. We think we can get it. Yet we slave away, spending the majority of our time miserable, waiting for something to happen, complaining about our situation but never doing anything to change it.  It could be worse, right?  But that type of logic seems to be the root of the problem to begin with.  It’s all so convoluted. Complication after complication to consider.  All I want to do is run.

I want to run all the time.  Running is the simplest, most primal activity that I can possible think of. When I get out on the trail and start charging up the side of a mountain, sweat dripping into the dirt around me, everything else seems to melt away.  Running as hard as I can, blurring the line between control and abandon– this is where I feel alive.  This is my way of revolting against a society that refuses to let me be happy.  To let me be who I am.

Human beings, like all other creatures on this planet, evolved to procreate. To spread our genes. We didn’t evolve to be happy.  Truth be told, happiness is probably a detriment to our general ability to pass our genes to the next generation. We’re probably not going to find this elusive state of happiness we’re all so feverishly pursing. Especially not with our head buried in a screen or our ass stuck in a chair.

I’m not an evolutionary biologist, but it seems to me that, as we were becoming the species we are now– the dominant species on earth, we spent most of our time running.  Running to eat and running to avoid being eaten. In either of these scenarios, success had to be a pretty joyful occasion– possibly the most joyful occasion of our ancestor’s lives– and it was always inexorably linked with running.

I run to be happy.  My ancestors were happy because they ran. Is there a difference?  Isn’t it all the same thing?  Is the bliss they felt after running down an antelope the same thing I experience after finishing a 50 mile race? There’s no way to know for sure.  What I do know is that when I toe the starting line at the Bandit 50k this Saturday, I’ll be on a good, old-fashioned pursuit of happiness, just like my ancestors used to do.