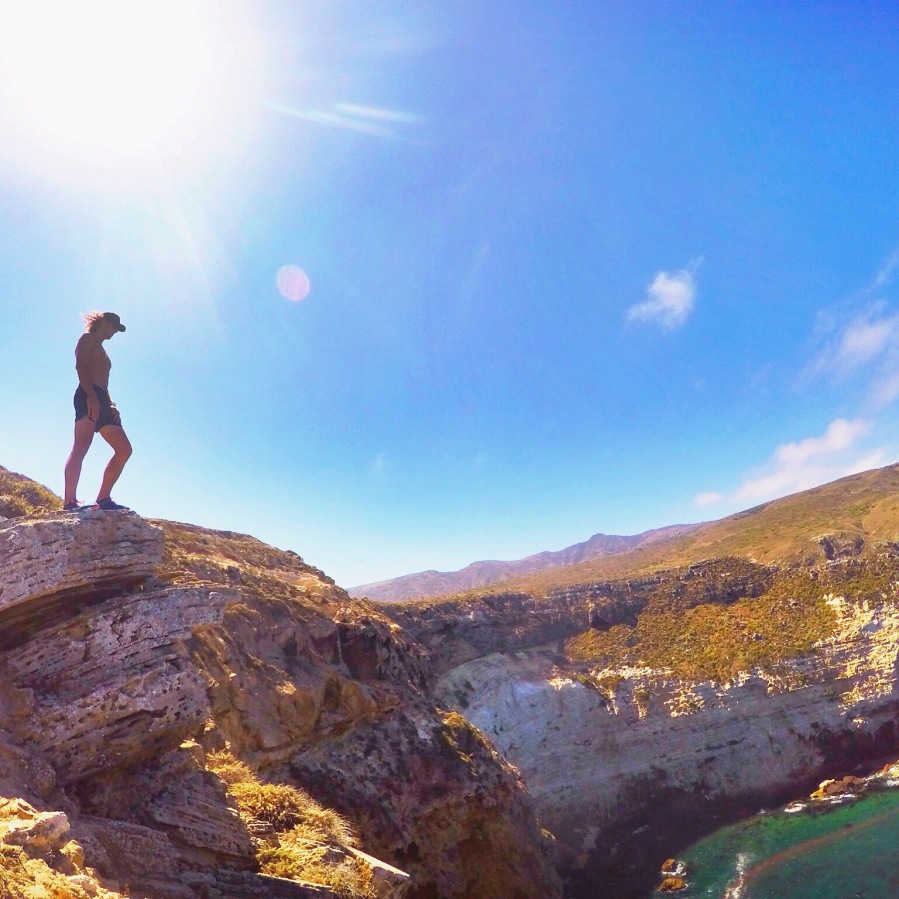 As I’ve been tacking more and more miles onto my personal odometer, it’s become harder to keep my running obsession under the radar.  It’s not that I’m trying to keep it hidden; I’m incredibly proud of the running I’ve done and what running has done for me.  It’s just that I skew introverted to begin with and as soon as people start to realize what I’m doing, it inevitably leads to questions.  Questions that I generally have no interest in answering.

Every ultrarunner understands exactly what I’m saying because every ultrarunner has been asked, at some point, ‘Why?!?’, when something like the distance of your next race happens to be disclosed through casual conversation with a non-runner.  And we all know that someone who would ask that type of question has no idea how to fully understand the answer.  At least not in a real, practical sense.  So we utter clichés and talk vaguely about the intrinsic value of running.

More often that not, when I arrive back at work after a long run in the middle of the day, I’m forced into some variation of a conversation that goes something like this:

“Bro! You were running this whole time?!?” You’ve been gone for like three hours!”

“Actually that was about four and a half… bro.”

“That’s nuts man!  I can’t do anything for four and half hours besides sleep. Why would you do that?”

“Oh, you know, I really enjoy getting away from everything—getting out in the mountains—and just running around.  It calms me down.”

“You’re insane!! Why would anyone do that?! What do you think about while you’re out there?  Does your ipod last that—Bro! Where you going? Why you walking away?”

When looking at the human body from an evolutionary perspective, it seems odd that nobody ever has conversations like this:

“Eh—it was pretty rough.  I sat at my desk at work for eight hours and then I sat in my car for an hour on my commute home before sitting for another five hours in front of the TV.”

“You mean to tell me you’ve been sitting for 14 hours today!?! That’s crazy!! How could you have possible done that?!? Isn’t your back killing you?  I’ve never heard of anyone sitting for so long!!”

“Well, I did get up a few times… I had to go to the bathroom and get something to eat… walk to my car.”

“Still, I don’t how you anyone could sit for so long!!  I would have lost my freaking mind! You’re a way stronger person than me.”

What happened to our evolutionary relevance?  As Harvard Evolutionary Biologist Daniel Lieberman points out in his book, The Story of the Human Body, humans are incredibly slow in comparison with the majority of quadrupeds.  The fastest humans top out around 23 miles an hour for—at the most—20 seconds.  Your average lion is running around 45 miles an hour for over four minutes.

Tools like the bow and arrow weren’t invented until about 100,000 years ago and even the most basic stone spear points only appeared 500,000 years ago.  Yet there is archeological evidence that early humans have been hunting quadrupeds like kudu, zebra and wildebeest for almost 2 million years.  These animals were faster, stronger and much more agile than the humans hunting them.  But as mostly hairless bipeds, our ancestors could do a couple of things better than the rest of the animals on the planet: sweat and run long distances.

So, according to Lieberman, we waited until the day was hot and we ran our prey down until it collapsed from heat stroke.  We evolved to be endurance runners. Now, we sit in chairs and type on computers.  We’ve lost touch with our evolutionary history.  Most of us have completely stopped using our bodies in the way they were designed.  And for some asinine reason, we expect no consequences for these actions.

The next time someone comes up to me and asks me why I run such long distances with an incredulous look plastered across their face, I’m going to simply reply that I’m “attempting to stay evolutionarily relevant”.  I think that sums it all up nicely.  What more should I really have to say?

Now, if you’d excuse me, I’m going to run outside under the hot sun and sweat my ass off.