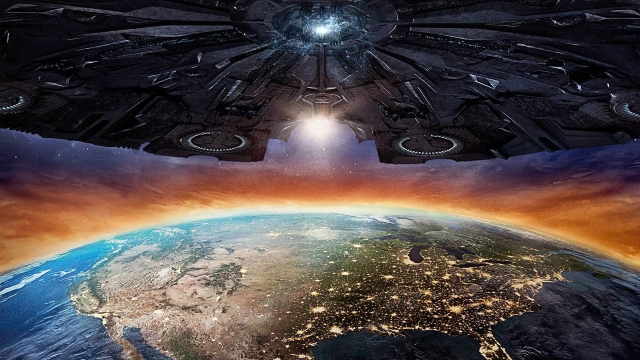 Bobby Geronimo: Here’s the situation:  Aliens land on earth.  A vastly more technologically advanced species, they intend to wipe out humankind before mining the earth for it’s resources.  Luckily for us, these aliens (who are also bipedal and avid runners) hold some ancient karmic belief that gives us a sporting shot: they want to race 100 miles for the fate of the planet.

Wasatch Willy: So, essentially it’s Space Jam except the aliens are ultrarunners instead of basketball players.

Bobby Geronimo: Exactly. I should have just said that… So, after a brief consultation with the aliens (which I imagine will begin something like that scene with Will Smith in Independence Day) we iron out all the details and decided the race will be a five-leg relay run on the toughest, most versatile courses we have to offer on Earth.  Each species lines up their five best runners to tackle each course for the fate of the Earth and, in our case, the species as a whole.  After running all five courses, the team with the lowest combined time wins.

Wasatch Willy:  And the five courses need to be difficult, different and showcase a bit of all the different types of terrain Earth has to offer.  Let’s go with: Western States, UTMB, Hardrock, Badwater and Barkley.

BG: Perfect! That gives us a little bit of everything.  And for the sake of this thought experiment, let’s both a draft our team (alternating picks) so we don’t end up with any duplicates and it makes it a bit more interesting.

So, you have to draft five runners in any order you choose and assign each of them to a race: Western States, UTMB, Hardrock, Badwater and Barkley.  The alternate needs to be able to fill in wherever needed.

“With the 1st overall pick in the 2017 hypothetical ultrarunning draft, Wasatch Willy selects”: 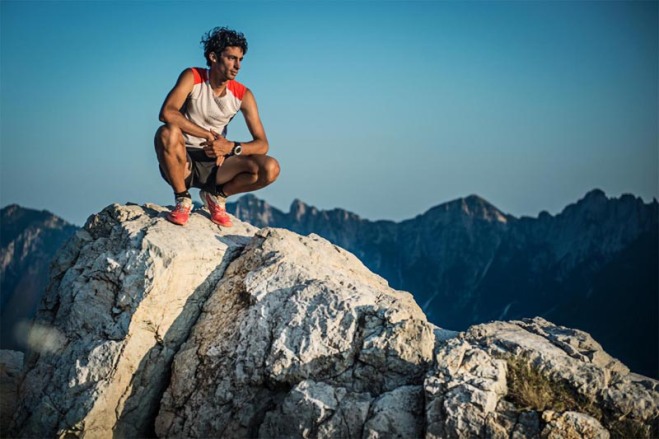 This actually might be cheating… Are we sure Kilian isn’t some sort of alien? Assuming he is human, this seems like the safest pick. He has the CR in both directions and it didn’t even seem like he was trying that hard. He also is the nicest guy on the planet, the aliens may change their minds about global domination after meeting him.

Another big surprise here. Nobody is beating Jim Walmsley on the Western States 100 course this year.  Not Kilian, not a deer, not some alien.  Not after what happened last year.  With the fate of the planet on the line, he definitely goes sub-14.  Plus, I want someone with the competitive fire of Jim Walmsley lining up for the species.  He’s gonna bring a swagger and confidence that, coupled with his suicide pace, will hopefully leave the aliens searching for a planet of less-athletic runners.

Give us your biggest, baddest lady alien, and we’ll give you Kaci. She is a friendly, smiling assassin and is KILLING it right now. She knows the course and is in great shape. Obviously these aliens haven’t been following her on Strava. 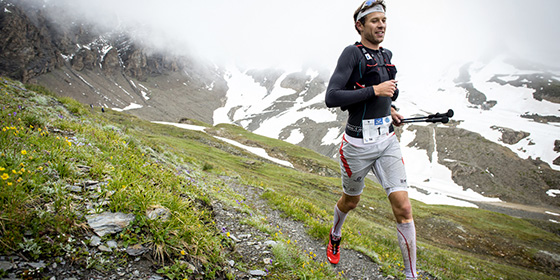 Experience. Experience. Experience.  UTMB course record holder and two-time winner.  Adds some perfect balance to the team with someone like Walmsley up front.  You just know this guy is gonna get it done, especially on this course.  With the exception of Kilian, there’s no one else I’d be more confident in going sub-20 hours on a circumnavigation of Mount Blanc. 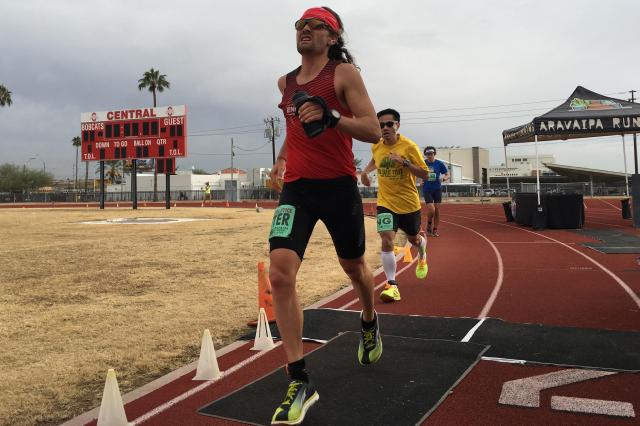 Zach is flat out fast. He is possibly the most fat-adapted athlete on the planet, I bet these idiot aliens haven’t even figured that stuff out yet… Anyways, Zach owns the American 100-mile record in 11:40:55(I am aware that some Russian dude has the WR but I’ve seen the movies, Americans always save the world.). He did that on a track, which takes an incredible amount of willpower that will serve him well on the melting asphalt roads at Badwater.

This is my darkhorse.  It’s a bit risky, obviously, but I’m assuming that with the Earth on the line, Krupicka is gonna push through any latent ITB issues and get the job done. At the end of the day, his skill set fits this course and I think he has the tools to put together a course record performance on a good day.  And he wants this race.

Plus, worst case-scenario, we get to watch Krupicka race Hardrock before the world ends. 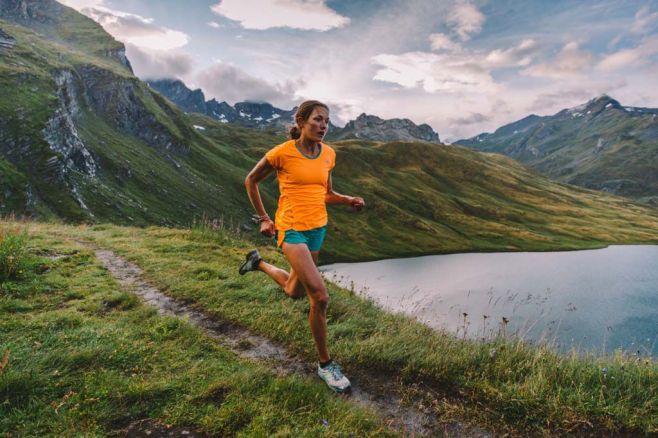 These chick aliens aren’t going to know what hit them when they meet the women of Planet Earth. Rory has the UTMB course record in 22:37 and has won TWICE. She also has one of the smoothest gaits around and seems like a total badass. She hasn’t been racing a ton, so she will be well rested and ready to kick some alien butt.

I’m all about gender equality when it comes to saving Earth.

I was really tempted to go with Gary Robbins here, but I think that Mike Foote is gonna be the guy to get this one done.  Gary has the experience on the course, but at the end of the day, Mike Foote has the ability to excel on this course and a bit of a higher ceiling than most previous Barkley finishers.

If Mike puts together the type of race he’s capable of on this terrain, I think he goes under Brent Maune’s CR and gives us a solid cushion on the aliens.  Mike is also just a super awesome dude, and if someone is gonna represent our species, I don’t know who would do a better job. 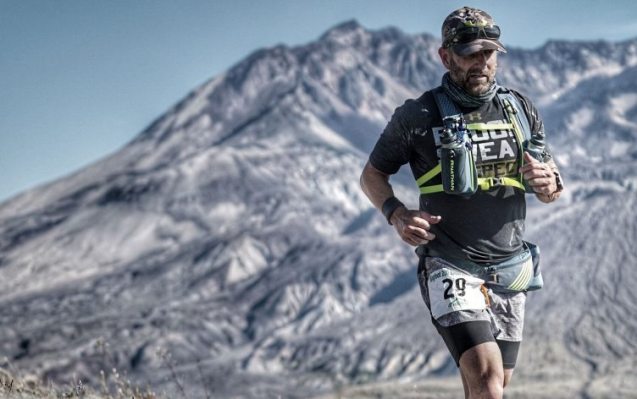 Admittedly, this pick is a little bit out of left field. Cam is a strong runner, a professional bow hunter and very competent in the outdoors. He is PERFECT for Barkely. It is a footrace- but an unorthodox one and Cam is used to being off trail and the challenges that come with those situations. I think his skill set works well for Barkley… Ok, I’ll come clean about this pick. I hoping Cam kills one of these alien bastards with his bow. 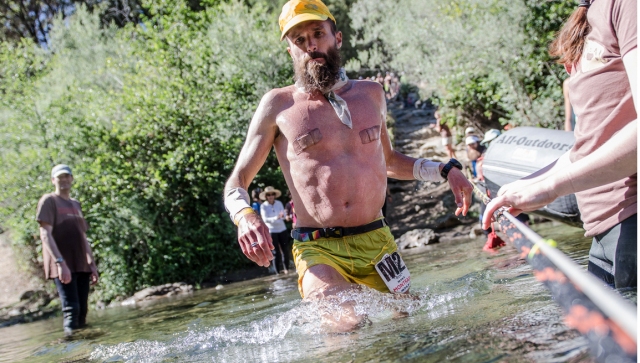 I think Krar would be capable of doing something really special on this course. Rob knows a thing or two about battling demons.  With Earth on the line, He might be able to run 135 sub-five minute miles.  Who knows?  I just know I want him lining up for that race on my team.

WW: You get to pick your alternate first because I had first overall pick. Just to be clear, the alternate needs to be a versatile runner capable of filling in for ANY injured runner on ANY of the courses.  This can’t be a one-trick pony.

This is a no brainer for me. I already have too much testosterone on the team (because you stole my two picks!) but I really feel like Magda could line up at any of these races and crush it.  She’s done it before on the UTMB and Western States courses and I think she has the foot speed and ability to withstand the heat enough to be very successful at a race like Badwater.  She just edges out David Laney for this spot for me, as a 2:17 marathoner with a true mountain running pedigree, he’d be a nice reliever to have on the bench as well.

I like my team! I think we win the planet.  Who you got on your bench?

He is versatile as can be, runs super-fast on all sorts of terrain and is a guy who almost finished Barkley. I’m really concerned Cam will be DQ’d for killing the aliens and Gary can fill in if needed.

BG: Good picks bro! That was fun.  Our lists might be a bit-American centric (as we are from the US).  We would love to hear from readers what their mountain running teams look like.

Leave your selections in the comments below.  Did we get it wrong?  Who did we leave out?  Let us know what you think!

11 thoughts on “An Ultrarunning Thought Experiment”